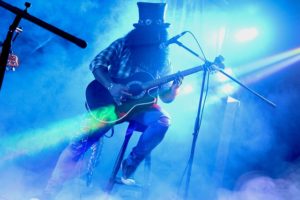 The 90’s where without a doubt one of the weirdest decades when it comes to music, but being weird doesn’t imply that is bad. Every time you tuned up the radio, you could find an immense variety of beats that went from grunge taking the scenario, pop boy bands and teen stars, punk and the decreasing popularity of heavy metal. There’s so much to say about 90’s music and building a top 4 is even more difficult than building a top 100 but we did our best and we hope you like it. Here they are: the best 4 songs of the 90’s!

If you were expecting this song to be left out, you were wrong. This song represents Nirvana’s peak, a band that showed grunge to a brand new level and along Pearl Jam and Alice in Chains made it the most popular genre of the time. This particular song is considered to be the anthem of the Generation X, a bunch of rebel teens that went against a lot of standards imposed by the society. The rest of the Nevermind album is pretty good too. Sadly, Nirvana’s career ended way too early with Kurt’s passing but they left us an incredible song.

This song made a great impact on how people perceived Hard Rock and Heavy Metal. Guns and Roses fused the best of both rock worlds: ballads and incredible solos. The start of the song brings you a calm yet sad feeling through Axl’s voice but within minutes, things start to get serious and the outro solo is one of the Slash’s best works to date and have appeared in many movies and series. The videoclip is worth a watch, and the rest of the album Use Your Illusion I is quite nice as well.

Even when this single is hated nowadays because of the actions of rookie guitar players that are handed acoustic guitars at parties, Wonderwall is one of the best songs as its lyrics are filled with feelings and the cleanness of Oasis performing it is quite a thing to admire. Sadly, the Gallagher brothers couldn’t amend their troubles with each other and the band eventually split but what a song they left us. The album (What’s the Story?) Morning Glory? Is worth being listened to.

This song wasn’t included just to avoid the hate of rap fans; it actually is pretty nice and you will get some nice vibes by listening to it. Tupac Shakur sure made a nice job including those robotic voices with the use of auto-tune. The video is a masterpiece and looks like a Mad Max scene but with a much more calmed feeling. Sadly, 2Pac died in 1996 by gunfire related to some gang issues but this song and the rest of the album All Eyez on Me will live forever.

There you have them: the best songs of the 90’s that revolutionized classic genres. Which is your favorite?